Chief Isaac Group of Companies is interested in forming mutual beneficial agreements to grow its businesses. Please contact us to discuss these possibilities. We currently have partnership agreements with the following companies to conduct business within Tr’ondëk Hwëch’in traditional territory:

Summit Camps is a wholly owned subsidiary company of Royal Camp Services Ltd, headquartered in Edmonton, AB. This places them in the unique situation of having a responsive and flexible, smaller company dynamic with the robust capacity of a larger company. Our clients let us know they appreciate this – they can talk directly to senior management, enabling responsive and flexible decision making when they need it. Chief Isaac Incorporated is the majority shareholder of Chief Isaac Summit Camp Services Ltd. with Summit Camps.

JDS Energy & Mining Inc. (JDS) was founded in 2004 by Jeff Stibbard and is now composed of a diverse set of skilled and highly experienced mining and construction professionals. With a proven record providing clients with fit-for-purpose solutions and value delivery, JDS has acquired a reputation for delivering and executing project plans on budget, on time, and most importantly, safely. The JDS team prides itself on delivering project concepts from inception to full operations – a process it has executed seamlessly for operations throughout Canada and the world,

Horizon Helicopters is a leading provider of helicopter transportation services in the north and is 100% locally owned and operated in Whitehorse, Yukon. The vast majority of their pilots and engineers are Yukon residents, so you can be sure you are flying with a company who knows the Yukon intimately. Horizon is conveniently based at the Whitehorse Airport, behind the Yukon Transportation Museum and they have a satellite base in Dawson City.

Wildstone is proud to be a second generation owned and operated general contractor.  Founded in 1995 as a people-first business, Wildstone has always promoted diversity and inclusion in the construction industry, and this has allowed their business to thrive.  Wildstone believes in providing a better building experience through delivering highly collaborative techniques to optimize customer value.

Wildstone has served and worked across western, central, and northern Canada. They strive to add value to the communities we serve through providing maximum local opportunity and through executing on their Core Values.

Challenger’s Whitehorse office has been providing engineering and surveying support for the Yukon since 2000. Led by Paul Burbidge, their local team includes 10 to 20 employees, based out of Challenger’s Whitehorse office, and their field crews are deployed to support projects far and wide across Canada’s north. Their staff includes licensed Canada Lands Surveyors (CLS), which means they are authorized to perform cadastral surveys on Canada Lands.

Challeger has developed a trusted reputation supporting resource development projects in the Yukon. The mining sector is a strategically important one for the people of the Yukon, and Challenger has become an experienced partner working with key stakeholders from initial exploration, to development, to remediation. They use state-of-the-art equipment including GPS & GNSS receivers, high-resolution satellite imagery and drones to gather and analyze spatial data for clients. 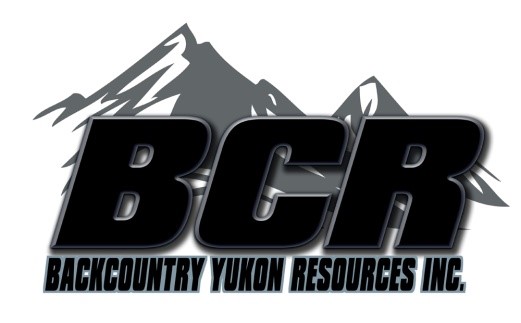 Backcountry Resources Yukon is 100% Yukon Owned and operated. They specialize in drill pad building, remote tent camps, modular camp set up/rental, ice road/airstrip construction and logistics. BCR is committed to working with the Frist Nations to maximize the benefit to the community in which they work.

Founded in 2006, KBL is a privately owned and operated business providing clients with inspiring waste management services and systems. They have proudly developed a culture of safety, excellence, delivery of quality services, and a reputation for innovation. KBL’s goal is to partner with forward-thinking companies in developing, maintaining and executing inspiring environmental management programs.

Alkan Air was founded in Yukon in 1977.  They have a diverse fleet of aircraft that enabling them to provide medevac services to our territory, transportation for court services to all our communities, charter services to exploration and mining and also float plane services for tourism and outfitting. With over 40 years of aviation experience Alkan Air provides quality and excellence in all aspects of the organization by ensuring the highest level of safety, continuously innovating, and ensuring seamless service to their clients while creating a safe, engaging and healthy workplace that people are proud to be a part of.  Alkan Air also has a flight school that is focused on training northerners to fly in the north.  This education arm of their operation is intended to provide Tr’ondëk Hwëch’in with access to air crew training right here in our territory.  Between their education arm, their medevac services, and their charter services, for both industry and court services, Alkan is continuously providing services and support to all Yukon communities, including the Tr’ondëk Hwëch’in. 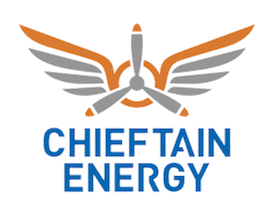 Chieftain Energy is the primary fuel supplier for MacKeznie Petroleum Ltd. Formed in 2014, Chieftain Energy LP is a partnership between Air North, Yukon’s Airline, and a growing group of First Nation businesses. Chieftain was founded on the belief that the North does not generate enough benefit from its current energy supply chain, with most energy companies that service the North being based in the South. Chieftain was borne to make Whitehorse, Yukon an energy hub, with plans to expand services throughout communities in Yukon, NWT, and Northern B.C. In 2017, Chieftain grew through the acquisition of the Northern Operation of an Alberta-based energy company, expanding its fleet and acquiring a wealth of trade knowledge relating to safety and operations. Since the acquisition, Chieftain has spread its wings across the North, working with key Business Partners to deliver safe, reliable, and affordable energy service.

AirNorth believes air travel should be both memorable and enjoyable, and all of their departments—from catering to IT, cabin crew to cargo—work hard to make this a reality. They have been recognized by Trip Advisor who named us Best Specialty and Leisure Airline in North America in 2019 based on customer feedback and reviews. What makes AirNorth unique isn’t just that level of dedication. It’s also that Air North is 100% owned by Yukoners, including the Vuntut Gwitchin First Nation. One in 15 Yukoners hold an equity or employment stake in the airline.